In Omnibus Excelsior – In all things excellence!

Students enjoy a full range of academic programming. We are a district site for the full high school French Immersion program and the renowned International Baccalaureate (IB) program. In addition, we offer a broad spectrum of Career and Technology Studies (CTS) and fine arts courses, along with programming for International students. Students have the opportunity to study a second language in French, German, Japanese or Spanish.

Students can expand their athletic abilities through participation in the school’s various teams and athletic tournaments. They can also hone their leadership skills in the nationally recognized Leadership Alive program or simply participate in the finest Student Activity program in Canada.

Harry Ainlay is committed to the development of all youth as global citizens of good character who serve others selflessly with dignity, respect and integrity. To this end, the school supports many student service opportunities that encourage volunteering in the community. It also hosts an annual Culture Fest that celebrates the school’s rich cultural diversity.

Unique to Harry Ainlay, Titans Link Crew is a transition program that welcomes new Grade 10 students and makes them feel comfortable throughout their first year of high school. Built on the belief that students can help students succeed, Link Crew Leaders are mentors who guide the new Titans in their discovery of what it takes to be successful in high school.

Harry Ainlay is a professional learning community where collaboration is the key to achieving full academic potential and graduating in three years with a high school diploma.

Our Name: Harry Ainlay High School
Our Colours: Royal Blue, Black, White
Our Teams: The Titans
Our Motto: In Omnibus Excelsior – “In all things excellence”

The instructional focus at Harry Ainlay School is the successful achievement of a high school diploma for all students within three years. By combining efforts with teachers and parents, all students will accomplish this goal as they diligently pursue excellence in their educational endeavors. The results of their work are summarized in the following documents:

Who was Harry Ainlay? 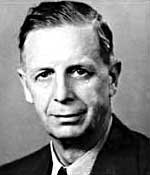 The Board of Trustees bestowed the name of the school on November 25, 1966, to publicly recognize an individual who had contributed much to education and politics in Edmonton. Whether it was carpentry or realty, teaching a few or leading the many, Harry Dean Ainlay, was a multi-talented big city man who never forgot his small town roots. Born in Brussels, Ontario, he moved west in the early part of the century to help his father in High River, Alberta.

He acquired his permanent teaching certificate and served successful tenures as assistant principal and principal at Queen Alexandra, Garneau and Strathcona high schools respectively. Politics were strong in his blood, and after being an alderman for several years Mr. Ainlay was elected mayor of Edmonton in 1945. He quickly became a favorite with the masses because of his down-to-earth manner and his impressive speaking ability.

While the accomplishments of Harry Dean Ainlay are not specifically taught in the school’s curriculum, his presence is still very tangible in any class discussion about the development of the city of Edmonton. A legacy he left to the school is a $500 scholarship, which is awarded annually to a top-flight student who is headed into the field of education.

“Harry Ainlay had the common touch and inspired everyone around him to achieve excellence. He was a unique man of character and vision.”